The “Regional B2B Event” is the largest event of its kind ever. The chambers demand the removal of barriers and favorable conditions for businesses in the three countries

Participants in the “Regional B2B Event” were the heads of state of Northern Macedonia, Speaker of the Parliament Mr. Talat Xhaferi, Prime Minister Mr. Zoran Zaev, Minister of Economy Mr. Kreshnik Bekteshi and the representative of the USAID office in Northern Macedonia, who received a greeting.

They considered the event necessary, pledging their institutional support.

The Chairman of the Chamber of Commerce of North-West Macedonia (ECNWM), Mr. Nebi Hoxha, among others, emphasized that increasing the competitiveness and longevity of a company largely depends on the networking that the company has created, The OEMWP  with its network established, has excellent prerequisites to drive the regionalization of enterprises from Northern Macedonia.

While the President of the Chamber of Doing Business  in Kosovo , Mr. Skender Krasniqi emphasized that the main purpose of this organization is to increase the regional cooperation between businesses of Kosovo, Albania and Northern Macedonia, so it is very important that this cooperation life at the highest level and in mutual interest.

It is more important to have a joint commitment to build long-term and sustainable mechanisms in order to have the best quality and products,” Krasniqi said.

Meanwhile, Nikolin Jaka Page, Chairman of the Tirana Chamber of Commerce and Industry, said that although Albania’s trade exchange is increasing, Macedonia is not at the right level and there are many bureaucratic barriers.

This event besides B2B meetings between companies, was characterized by the Economic Forum, held in two panels: “Trade facilitation through institutional cooperation between Northern Macedonia, Kosovo and Albania” and “Opportunities for cooperation, investment and joint approaches in regional markets and wider ”, where part of the panel discussions were also the heads of Customs of three countries: Mr. Gjoko Tanasoski Director of Customs Administration of North Macedonia, Mr. Bahri Berisha Director of Customs Administration of Republic of Kosovo and Mr. Arlind Gjokuta Director General of Customs of the Republic of Albania. 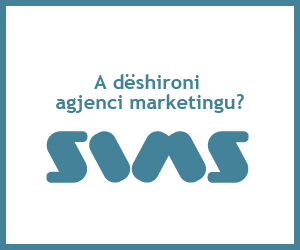